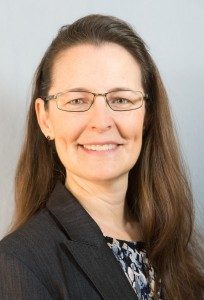 Wendy C. Crone is a Professor in the Department of Engineering Physics with affiliate appointments in the Departments of Biomedical Engineering and Materials Science and Engineering at the University of Wisconsin–Madison. Her research is in the area of solid mechanics, and many of the topics she has investigated are connected with nanotechnology and biotechnology. She has applied her technical expertise to:

Professor Crone has worked in the medical device industry and has publications and patents pending on medical devices and biomaterials. As a sample of prior accomplishments, her research group has demonstrated:

In addition to more than 60 peer reviewed journal publications, dozens of explanatory education products, and four patents, she is the author of the book Survive and Thrive: A Guide for Untenured Faculty. Prof. Crone has been funded by National Institutes of Health, National Science Foundation, Department of Energy, Air Force Office of Scientific Research, and the Whitaker Foundation. She was awarded a CAREER Award form NSF (2002) and a K18 Career Enhancement Award for Stem Cell Research from NIH (2011).

Prof. Crone has garnered awards for research, teaching and mentoring, including WEPAN Educator Award and the Doris Slesinger Award for Excellence in Mentoring (2011); WEPAN Educator Award from the Women in Engineering Programs and Advocates Network (2011); as well as Fellow (2015) and M.M. Frocht Award (2013) from the Society for Experimental Mechanics (SEM). She has been a member of SEM since 1988 and has served as Vice President (2016-2017), Executive Board Member (2010-2012); National Meetings Council Member (2010-2012); Vice-Chair, MEMS and Nanotechnology Technical Division (2001-2006); and society representative to the US National Committee on Theoretical & Applied Mechanics, National Academy of Science (2015-2018).

She has also served in numerous leadership roles at UW-Madison, including Faculty Co-Director of the Women in Science and Women in Science and Engineering Residential Program (1999-2001); Director of Education and Outreach for the Materials Science Research and Engineering Center (MRSEC) on Nanostructured Materials and Interfaces (2001-2007); the Director of the Women Faculty Mentoring Program (2007-2011); and Interim Dean and Associate Dean of the Graduate School (2011-2015).