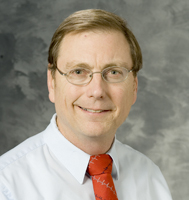 Link to Department of Medicine

As a clinician-investigator, Makielski has developed a distinguished research career in molecular electrophysiology. While a medical student and resident at the Universities of Chicago and North Carolina, he helped develop a computer model of the cardiac action potential. As a cardiology fellow at the University of Chicago, Makielski became interested in the then newly emerging techniques of single cell isolation and patch-clamp methods to study ion channels in single cells.

Makielski has served on multiple peer-review panels, including a the National Institutes of Health CVA, CVB, MMI, ESTA, and Surgery and Trauma Study Sections, as well as nd NIH special review (SCOR and PPG) reviews. He is presently a regularand charter member of the NHLBI training mechanisms study section.

Recognized as an excellent teacher, both in clinical and scientific settings, Makielski formally lectures to graduate students in physiology/pharmacology and toxicology. Nationally, he has participated as a lecturer in numerous courses and tutorials. He is the PI on an NIH T32 institutional training grant for Translational cardiovascular Science.

Presently he uses recombinant DNA technology and other biomolecular techniques to study cardiac ion channels. He presently has an NIH funded program to study the cardiac sodium channel, including mutations in the channel that cause arrhythmia syndromes responsible for the congenital long QT syndrome (LQT3), Brugada Syndrome, and Sudden Infant Death Syndrome (SIDS). An additional major interest funded by the NIH is the study of the ATP sensitive potassium channel (KATP) in heart and other tissues, including mitochondrial KATP using transgenic mouse models to delineate the role of KATP in ischemia and ischemic preconditioning. He has a third NIH funded project to study the role of inward rectifier potassium channels in catecholaminergic ventricular tachycardia. These basic studies have clinical implications for patients with rhythm problems.