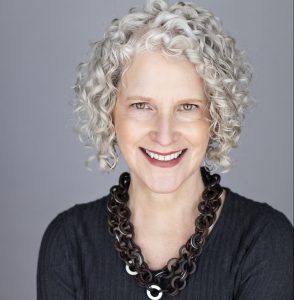 Link to Department of Neuroscience

Every day, sudden cardiac death unexpectedly claims lives because of adverse drug reactions, inherited conditions, and environmental influences. Often, those lost are in their prime – seemingly healthy athletes, children, newborns, or even a developing baby in mother’s womb.

Much of the work in the Robertson lab focuses on the root causes of arrhythmias leading to sudden cardiac death. Twenty years ago we made a discovery that led to the development of a drug safety test that detects drugs that might trigger arrhythmias, which was a vexing public health concern at the time. We are now are working with industry and the FDA on ways in which the drug development pipeline can be expanded, while maintaining high standards that keep drugs safe.

One of our key experimental preparations is a kind of human heart-in-a-dish. Using a reprogramming technology that was developed here at UW-Madison by Jamie Thomson and Tim Kamp, human skin cells are tricked into becoming heart cells. The cells beat rhythmically and can be manipulated genetically and with drugs. We can record their electrical activity with patch-clamp electrophysiological techniques, and explore the underlying molecular mechanisms regulating membrane excitability. With this preparation we hope to learn why some people are susceptible to the risk of sudden cardiac death and others are not, in part by using patient-derived heart cells. We used this technology, known as induced pluripotent stem cells (iPSC), to understand the subunit composition and functional properties of channels underlying the cardiac repolarizing current known as IKr. IKr, made up of hERG protein subunits, is a major target for diseases causing life-threatening arrhythmias.

The field has made great strides understanding how ion channels open and close, and how they select for one tiny ion, like potassium, over another, like sodium. A new frontier of ion channel biology is the question of how ion channels, which are often made up of multiple subunits, are formed. We have recently discovered that the mRNA transcripts encoding the two subunits that make up cardiac IKr channels are themselves associated in a way that ensures the nascent proteins, while they emerge from the protein-synthesizing machinery, interact with each other.

A bigger question is how the balance of ion channels is achieved to ensure an action potential of the right duration in the heart, or frequency of firing in the brain. There must be mechanisms at multiple levels contributing to this precise control, perturbation of which can lead to diseases such as catastrophic cardiac arrhythmias or epilepsy. We are currently testing the hypothesis that the numbers of different ion channel types, or the “stoichiometry of excitability,” is regulated during channel biogenesis as the proteins are synthesized. For these studies we are using innovative molecular biology approaches, single-molecule fluorescence of mRNA and protein, and patch clamp electrophysiology.

Structure and function of KCNH/Eag channels

As part of a long-standing collaboration with Joao Morais-Cabral and his colleagues in Porto, Portugal, we are using structural, biochemical and physiological analyses to understand the interactions of proteins and protein domains at the molecular and atomic levels. What distinguishes KCNH from other types of voltage-gated potassium channels are highly conserved cytoplasmic domains in the N and C termini of the channel subunits. Thanks to structural studies by Bill Zagotta, Rod Mackinnon and others, we know that the N-terminal “PAS” domain interacts with C-terminal domains of neighboring subunits. The C-terminal domains have homology to cyclic nucleotide-binding domains of channels gated by cyclic nucleotides, but in KCNH channels these domains are intrinsically liganded by a downstream segment of the channel protein. A recent paper in JGP (below) shows how important the structure of this interaction is for channel gating.

The role of hERG channels in cancer

Ion channels are assemblies of membrane proteins that have evolved to conduct ions, creating electrical signals. We study potassium not only the ion channels that control action potentials in the heart and prevent cardiac arrhythmias, but also related channels that control communication in the brain. Surprisingly, both types of ion channels are also important in cancer proliferation and invasiveness. In a recent study in collaboration with Dr. John Kuo of the UW SMPH Department of Neurosurgery, MSTP student Kelli Pointer found that high levels of hERG expression are associated with greater invasiveness and proliferation of glioblastoma in patients. Moreover, she discovered that drugs taken primarily for anti-seizure purposes, that also happened to be hERG channel blockers, enhanced survival, but only among those with high hERG-expressing tumors. For a commentary on this work, see this link: http://clincancerres.aacrjournals.org/content/23/1/3?iss=1